Early on the morning of November 22, 2022, a group of Magic Makers gathered in a special spot overlooking the construction site of World of Frozen at Hong Kong Disneyland Resort in celebration of a historic construction milestone. 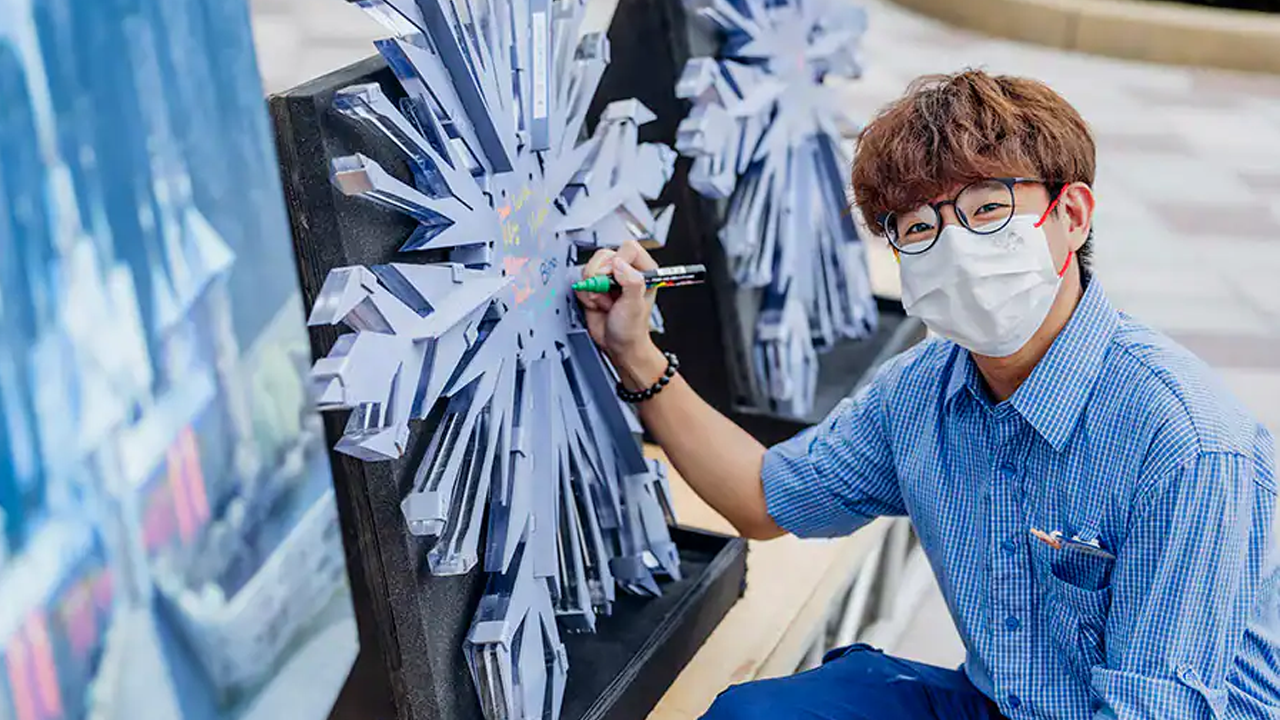 The group signed their names on pieces of Ice Magic, which were placed on Arendelle Castle, forever becoming a part of the themed land. Cast members were thrilled to become a part of the story of World of Frozen.

“I joined Park Operations in 2016 and moved to the World of Frozen Test and Adjust team this June, and today standing here having my name signed on the Ice Magic, I feel like I have grown up with this place,” said Fanchi Chan, Attraction Test and Adjust coordinator. 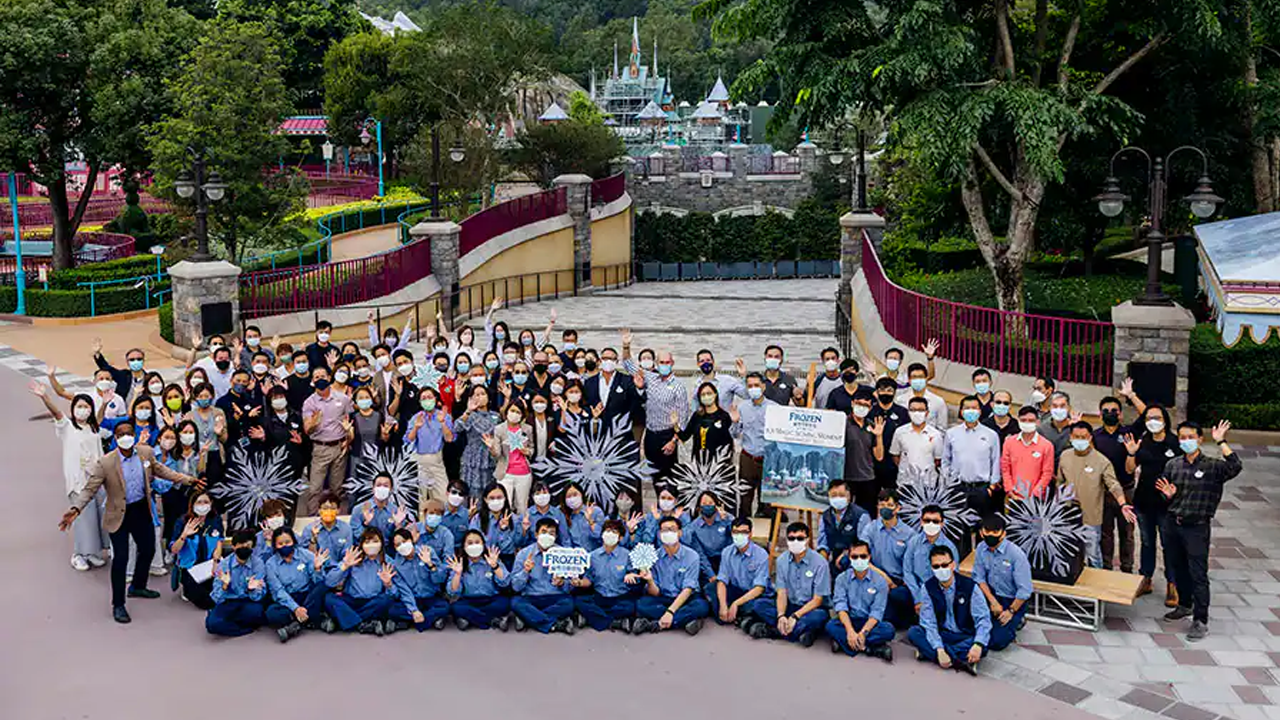 “Our team was very excited to join this iconic moment. It is truly memorable and meaningful for us to be part of a milestone of Hong Kong Disneyland Resort!”, Issac Lam, Attraction Test and Adjust coordinator, shared.

The Ice Magic pieces were inspired by the story of “Frozen,” where Elsa gains control of her magical abilities and uses Ice Magic to decorate areas throughout the land; some can be seen in the movies, while some are unique to the World of Frozen. Winter could not be more magical at Hong Kong Disneyland Resort this year. Now join us in watching the hours tick by until the next #FirstLookfromHKDL!