What does a giant red panda, baby food and an engineer have in common? Overnight, seemingly by magic, “Mei” the red panda from Disney and Pixar’s “Turning Red” appeared at South Coast Plaza in Costa Mesa, California, ready to greet shoppers with her signature surprise pose.

How did this happen? A team of dedicated engineers, architects and Disney VoluntEARS came together for one night to assemble the structure, dubbed “CANda PANDA Make a Difference?”, from thousands of cans and baby food to spread hunger awareness as part of Canstruction Orange County. All edible materials used, such as olive cans, baby food and bags of rice, will be donated to Orange County Food Bank at the end of September.

Community Action Partnership of Orange County (CAP OC) started the annual event 15 years ago, bringing together local architectural and engineering firms in the fight to end hunger. Disneyland Resort has contributed a new design nearly every year and even received the “Best Original Design” and “Most Cans” awards. This year was especially meaningful for the architecture, facilities and engineering cast members because it was the first time back since the pandemic with a brand-new design showcasing more cans than ever before, totaling over 8,000! 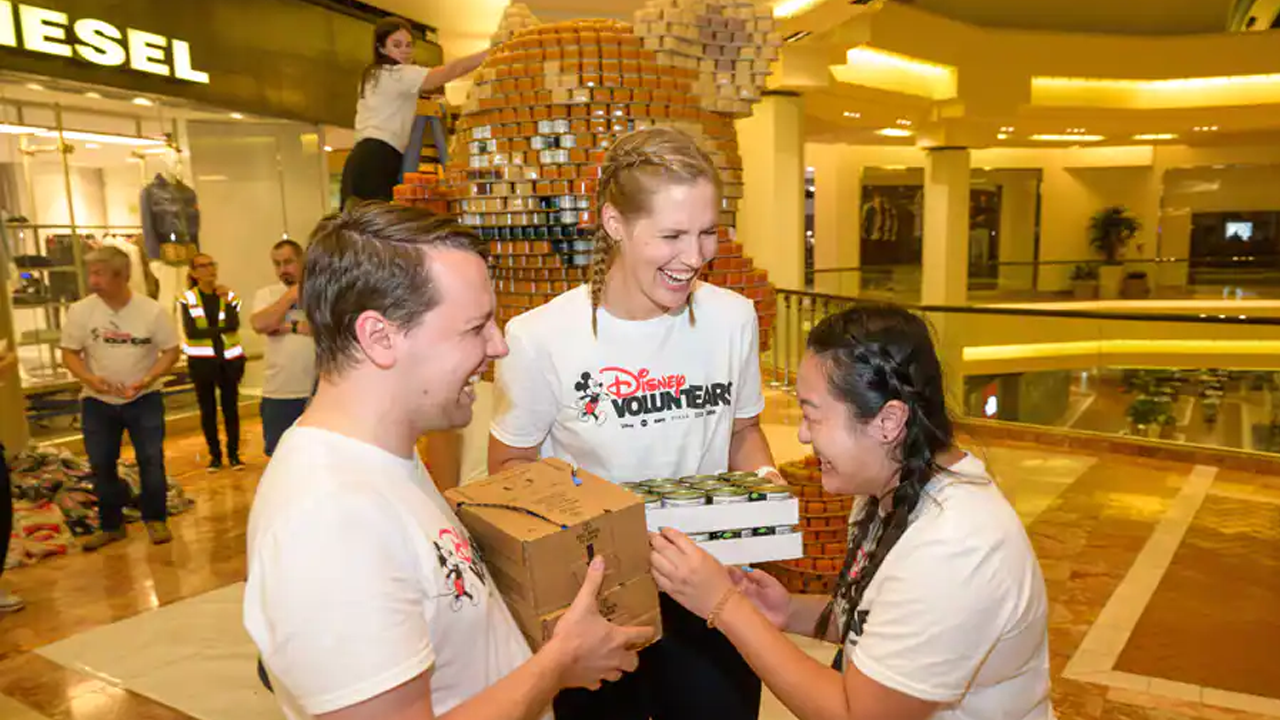 Getting Mei standing takes physics, innovation and a bit of pixie dust as the team spent months of preparation beforehand to get it just right. Victoria Shingleton, architect for the Disneyland Resort, became involved in Canstruction when she was an intern five years ago and grew such a passion for it that she is now the co-captain of this year’s team. She enjoys the fun challenge of designing as well as creating the title for this year’s structure, and being able to contribute to something that leaves a greater impact.

“I put so much time into Canstruction because there is a great need for food in the community. I care about the execution of the structure and creating something great for everyone to enjoy,” said Victoria. “As architects and engineers, we get to contribute to the environment at the Disneyland Resort, but this is a cool opportunity to interact with the community and contribute to something that is out in larger Orange County. It’s very exciting to see ‘Mei’ up in the mall after all these months!”

The cast members on this team have a unique opportunity to transfer their talents and abilities from their work environment to a passion project that “feeds” a great cause. “It’s always neat when you can take your professional life into volunteer activities somehow,” said Kyle Landis, engineer at the Disneyland Resort and co-leader of the Canstruction team. “I found a way to contribute in the logistics, the hardware, the transporting…and seeing how that all ties into the creative aspect. It’s really cool to take friends and family down to the mall and show them what we did. Watching other families and kids walk by and recognize one of their favorite Disney characters built 10 feet tall is really cool!” 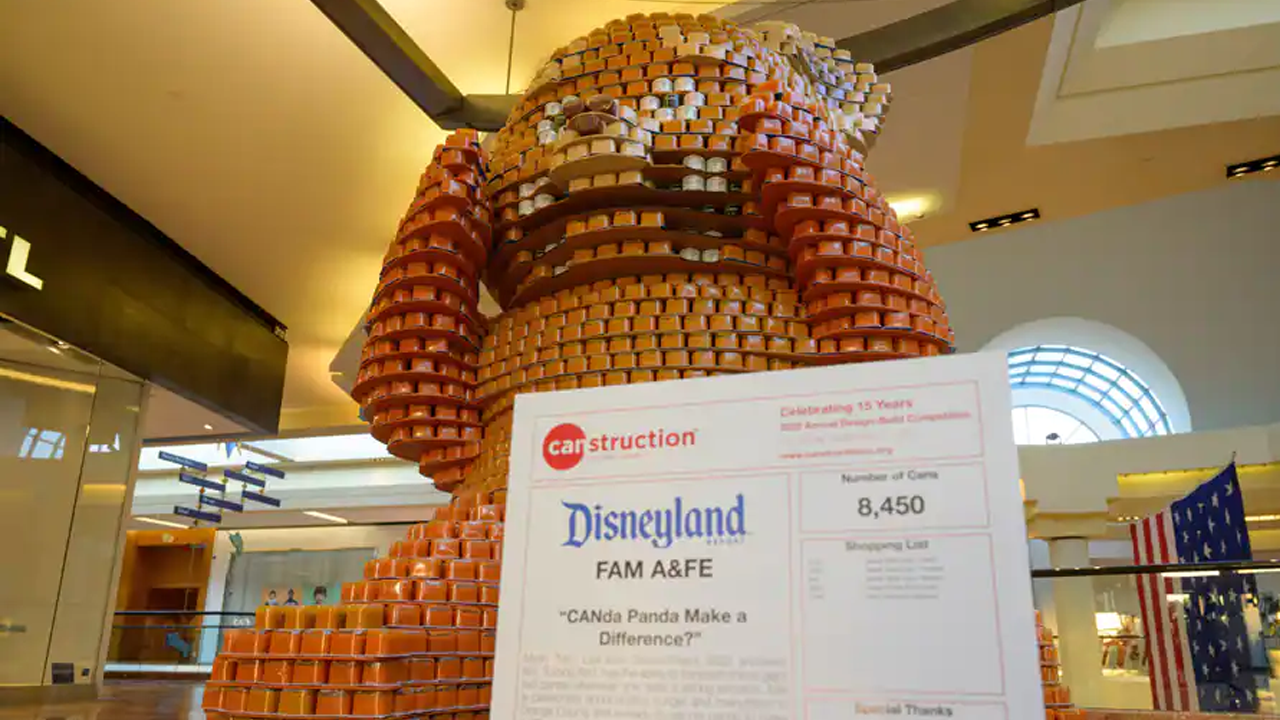 This year’s project was the first for some newer team members like Carly Schwulst, a mechanical engineering intern who has volunteered at local food banks since high school. “I feel like it’s helping us as interns get to know everyone in the company and within our team,” said Carly. “I have a very close connection with food banks, and it’s been a part of my life for a while, so just being here is an amazing opportunity. It means a lot for the community.”

No matter what role each person plays, the team showed how fun it CAN be to make a difference, as well as an awkwardly adorable red panda. “CANda PANDA Make a Difference” will be on display at South Coast Plaza through Sept. 25.