Disney fans have eagerly awaited the return of “Fantasmic!,” one of the longest-running shows at Walt Disney World Resort, and the moment was everything we wanted and more. As more than 5,000 Disney’s Hollywood Studios cast members and their loved ones welcomed the show home last night, Hollywood Hills Amphitheater came alive once again with energy, emotion and entertainment.

The passion was electric from beginning to finale, with the show receiving a very enthusiastic standing ovation. “Fantasmic!,” the legendary journey through Mickey’s imagination, returned with the dazzling lights, dancing waters, and triumphant pyro-filled mountaintop finale we all adore, and also welcomed an all-new scene featuring heroes Pocahontas, Mulan, Elsa, Aladdin, and Moana—each greeted with an eruption of applause for their on-stage debut. 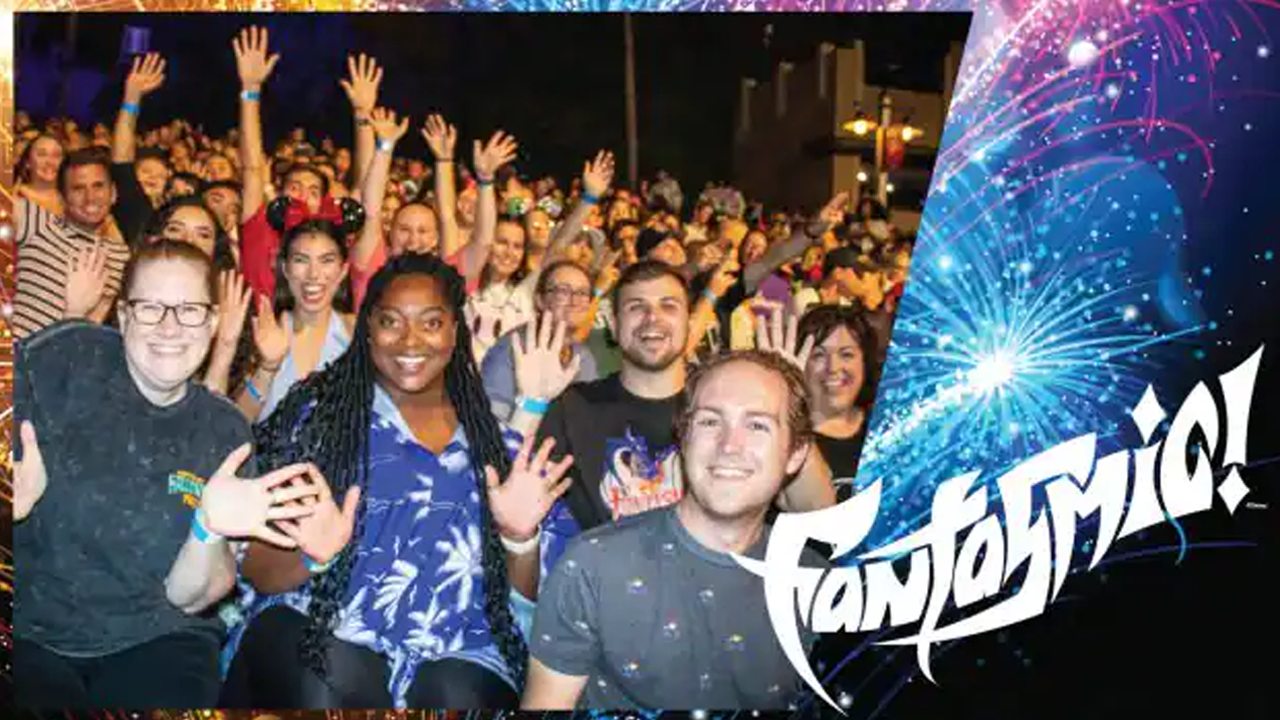 It’s clear “Fantasmic!” holds special memories for many of us, and the cast at Disney’s Hollywood Studios were beaming with pride as they welcomed the show home for the first time since the park’s reopening, “The energy is fantastic… you can tell everyone missed it,” shared Laura, a food and beverage guest experience manager. “The cast working the show tonight are thrilled, we’re all thrilled. I’ve just never felt so many cast so excited in one place!”

“It’s really a dream come true! I’m so happy, and I feel so lucky,” shared Melissa, a cast member at PizzeRizzo. “I pour my heart and soul into my work, and I feel like I get it back with special moments like these.” We’re all dreaming a fantastic dream after this timeless mix of nostalgia, new character moments, and Disney Cast Life magic. So get ready for showtime: “Fantasmic!” officially reopens Nov. 3 at Disney’s Hollywood Studios after another night of thrilling Disney Cast Life previews for Walt Disney World Resort cast members!