In fact, Walt Disney World is proud to celebrate 25 years of interpretation of our iconic “Candlelight Processional” as part of the EPCOT International Festival of the Holidays presented by AdventHealth!

Since 1971, the “Candlelight Processional” has been a beloved offering of Walt Disney World. Debuting first at Magic Kingdom Park after many successful years at Disneyland Resort, the spectacular classical concert features both community and cast choirs, an orchestra, guest conductors, celebrity narrators and notably passionate Sign Language interpreters. As the offering grew in popularity both among cast members and show attendees, it was relocated to its current home in EPCOT, where it is enjoyed by thousands each year. 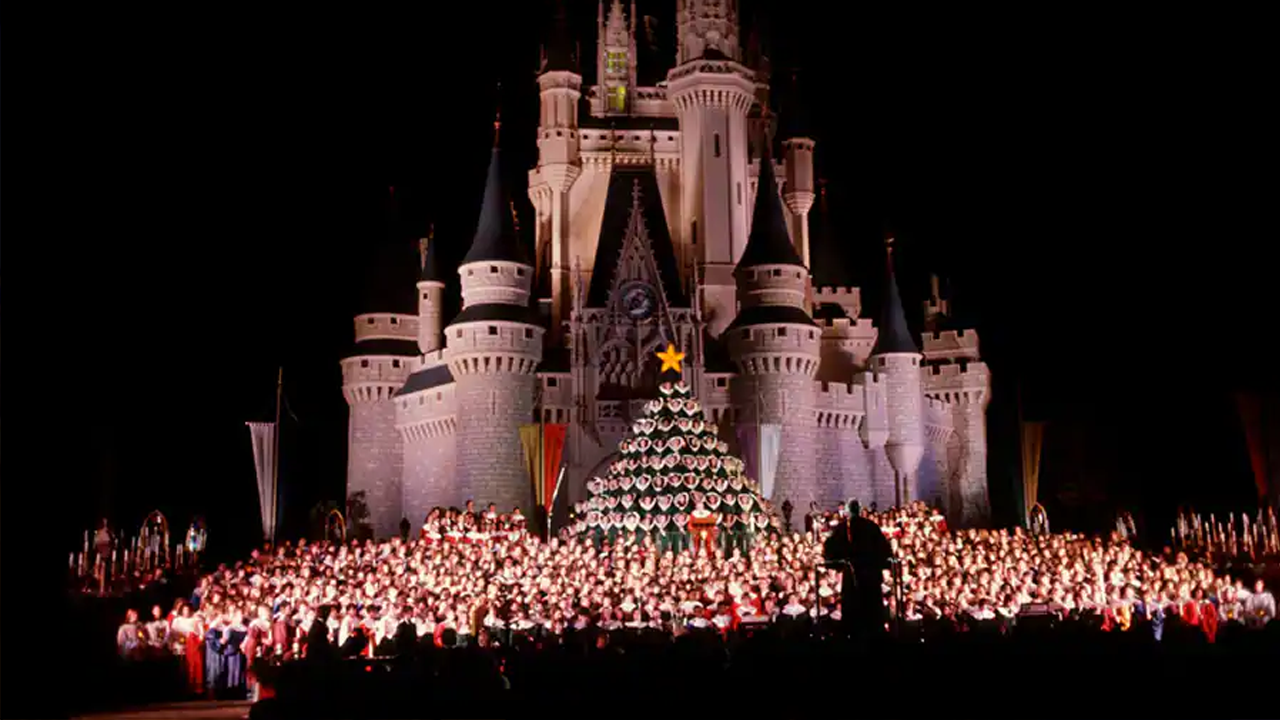 In 1997, the “Candlelight Processional” at Walt Disney World introduced its first live Sign Language interpretation of the show allowing guests who are Deaf and hard of hearing to enjoy and further resonate with the timeless stories told. Since then, over 2,000 shows have featured this inclusive offering.

“Celebrating 25 years of consistent Sign Language interpretation of this show is such an important milestone,” said Mark Jones, Walt Disney World Resort Manager of Accessibility. “Disney sets the standard for the entertainment industry, and by highlighting this offering among others at Walt Disney World, we give extensive exposure to the ASL community, and motivate for others to take similar steps.”

Head Candlelight interpreter and choreographer Angela Roth blends her knowledge of interpreting with her unique energetic style to enhance her craft of American Sign Language. As Angela signs, she incorporates her entire body, blocking her movements on stage, adopting the mannerisms of the characters speaking, as well as constantly utilizing facial expressions to allow guests who are Deaf and hard of hearing to fully conceptualize the entire narrative.

By working closely with the Deaf community, actors, and other interpreters, Angela takes performance signing to a new level using a technique called ‘eye-rhyme.’

“Eye-rhyme is where I put together the signs into a visual rhyme that to the Deaf eye creates a visual flow,” said Angela. “I use these eye-rhymes and sign to the pace of the music’s rhythm to create a similar effect to hearing the lyrics with the rhythm.”

Angela signs not only the words being said but also the music and the story itself. “My approach is not simply to sign the lyrics but to treat each piece as a visual poem incorporating elements from the Deaf community’s Deaf expressions. Deaf expressions originate from their own expressions and are unrelated to spoken languages. Instead, they draw their inspiration from visual metaphors that derive from ASL community and culture,” Angela said.

As a result, the piece becomes even more meaningful and connected to the guests. “We are not here to be human captions,” said Angela. “Like everyone at Disney, we are immersive storytellers and are responsible for ensuring every guest in attendance feels welcomed and sees themselves in the stories we tell.”